First, you should have node, and ensure that the node version is 10.13 or above

For convenience of usage, dumi provides two different scaffolds, differences between the two scaffolds can view Guide-Mode. First, we need to find a place to make an empty directory, and then use scaffold:

Scaffold for static site is a scaffold in multi-language site mode, which only includes docs

Create an empty directory, and then execute following command in the directory to install:

Dumi will search markdown files which are in the docs, src (or src of each lerna package) directory automatically, we could create a simplest doc first:

And then execute npx dumi dev, the doc will appear in front of you:

Try to write a demo

Dumi will consider jsx/tsx code block as React Component to render, then take it into demo wrapper, We could modify to following content in src/index.md:

Our first demo is running after saving: 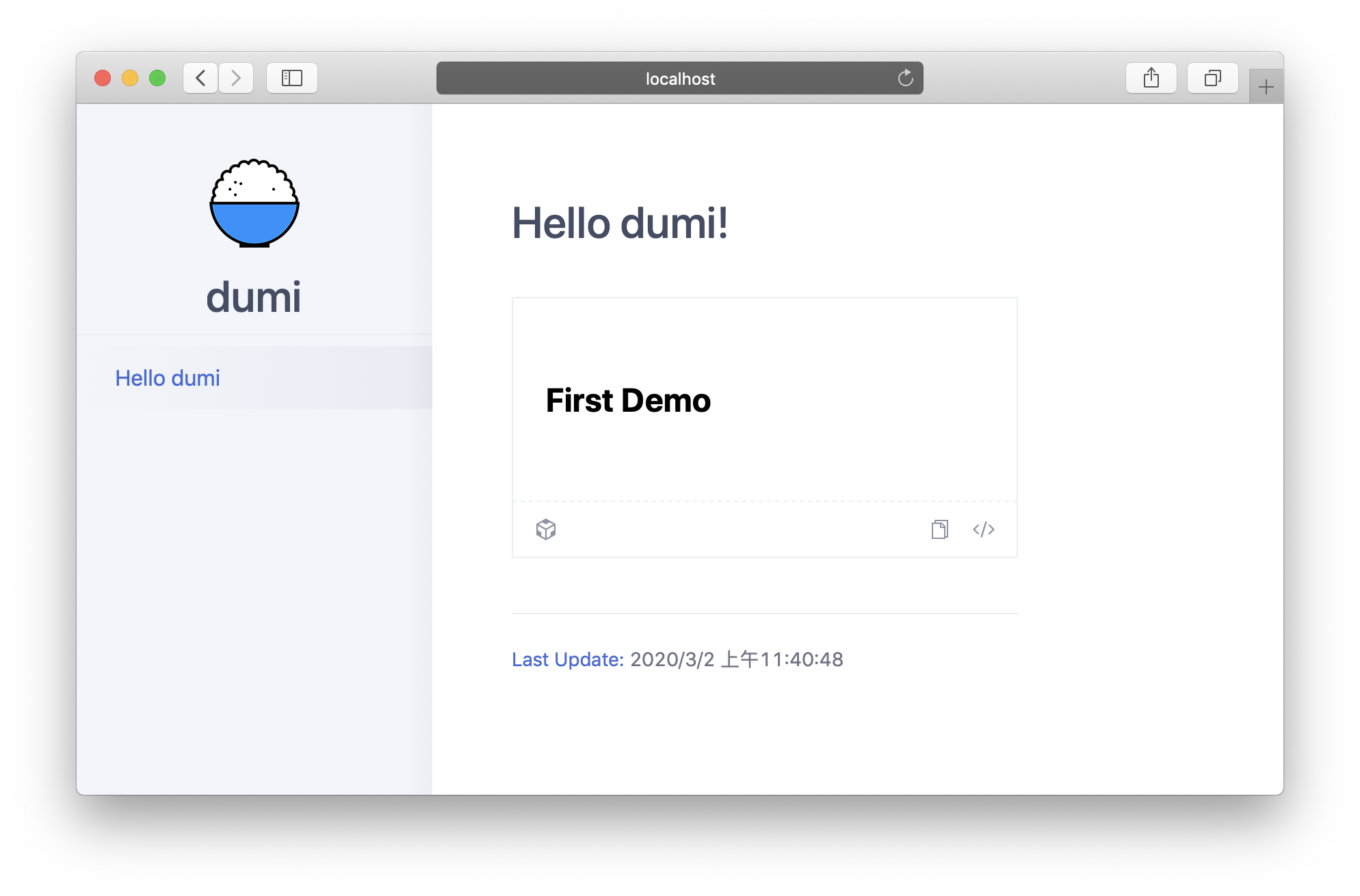 Is it simple? However, is's easy to write a demo but difficult to write a good demo. Dumi has some ideals and principles that want to share with you about how to write a demo: Ideals of demos.